Fighting the spread of COVID-19 or helping those affected? We want to help.

Conference Call Humor That Everyone In The Office Can Relate To 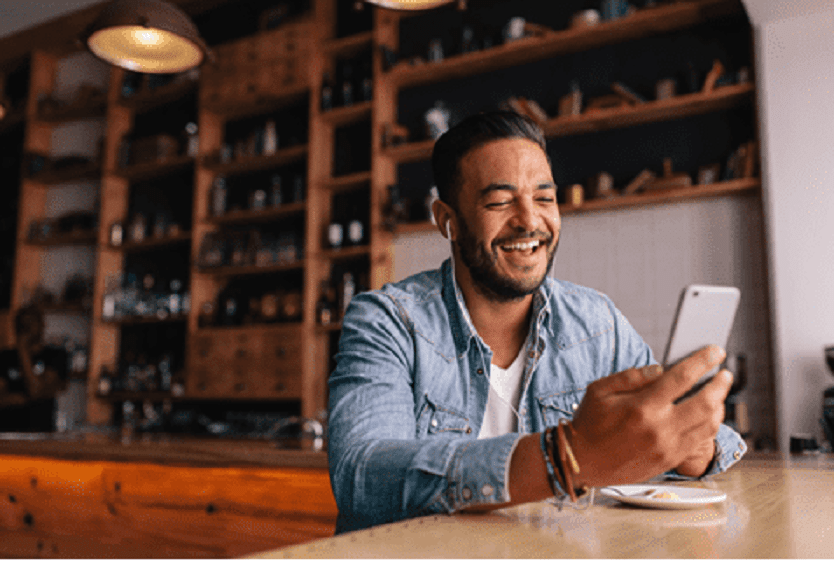 Life in the office can get… tedious. When you work in the same office, with the same people, and sometimes even at the exact same desk for years, you’ve got to find ways to make things interesting. Enter: conference call humor.

Sure, conference calls seem like one of the least funny things on the planet. We all know how boring and frustrating it can be waiting for stragglers to join a conference call (if you’re guilty of this, you might want to brush up on your phone conference etiquette!). But that doesn’t mean we can’t dig deep and laugh at how ridiculous some conference calls can be!

TV characters are allowed to take pranks to the next level but in most offices, we have to find less painful and less distracting ways to have fun while working. And what better place to start than) the “dreaded” phone conference.

Screen sharing is great—when you know it’s happening. It can expedite a call by helping you share a lot of data or complicated visuals with the other callers. But it enters conference call humor territory when the person sharing their screen forgets to close the rest of their windows.

If you’re sharing your screen, make sure you know everything that’s visible before you start! Once the screen share begins, there’s no hiding anything on your desktop from everyone on the call.

Have you ever had someone share their screen with you only to get a very full view of a very personal item in their Amazon shopping cart? Or an accidental look at their selfies folder? Or their mile-long credit card statement? Or, the worst: an email or instant message about someone on the conference call?

To quote Valerie Cherish from HBO’s The Comeback, “I don’t need to see that!” For fear of having to get HR involved, it’s best to make sure your screen is clean before sharing. You don’t want to get a reputation for having a questionable screen every time you start a screen share. It’d be like being known around the office as the one guy who never washes his hands after using the bathroom. Having something embarrassing show up on a screen during a screen share is funny…as long as you’re not the one it’s happening to. 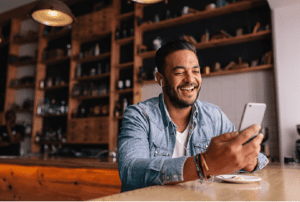 What about all of the times someone has forgotten to put their phone on mute after joining the call? Take this journey with us to the land of The Forgotten Mute in conference call humor. It’s a scary, often embarrassing landscape defined by overhearing conversations you never wanted to be a part of in the first place.

It’s late in the afternoon and you remember you’ve got a call scheduled to go through your department’s latest invoices with the accounting team. So far, normal conference call. But, is that Forgotten Mute Mountain you see way off in the distance? Only time will tell. Let’s keep going.

Imagine Martin from Accounting is doing some multi-tasking (he’s known for having one of the worst phone conference personalities in the office) and takes the conference call while he’s picking up his son from school. No conference call humor yet—so far we just know that Martin loves talking about his kids and is a very efficient guy.

He loves talking about his kids so much that we even all know that Martin Jr. had been acting out lately (Martin Sr. can be a bit of an… oversharer). But now, thanks to Martin taking everyone on the conference call to the Land of the Forgotten Mute, everyone on the call also knows that Martin Jr. calls his father “Fartin’ Martin!” Sure, there’s a general odor that emanates from Martin’s desk in Accounting… but everyone always thought it was coming from the vents? Conference call humor or just TMI…?

At Least No One Can See Your Facial Expressions!

We’re all thinking it: one of the best things about regular conference calls is that no one can see your face.

When it comes to conference call humor, it’s a good thing conference calls are audio only. It means you don’t have to edit your facial expressions when someone says something unwittingly outrageous. You’ve been there!

(And if we’re being honest, there are several other situations where it would be nice to be able to hide your facial expressions in real life. Have you ever had a coworker invite you to their Level 1 improv show? And you agree thinking you’ll be able to get some good “work friend” points without having to contribute too much of your time outside the office but when you show up to the “theater” it’s actually more like a small room where everyone can see your face, especially the “performers” on the “stage?” All of the sudden you’re wishing you could have conferenced into the show instead of having to be there in person because every face you make is like the one you’d make on a bad conference call!)

”I Have to Hop on a Conference Call”

This next bit of conference call humor goes out to all the people who somehow spend 80 hours of their 40-hour work week in meetings.

We all know the type. We’ll call her Sherl. Sherl is the coworker who is always scheduled to be in at least two meetings at all times. Now, we at Branded Bridge Line believe that conference calls are still the most efficient way to connect lots of people in different locations in a short amount of time. However, people who are always “hopping on a conference call” are sometimes just self-involved and afraid to do any actual work.

It’s likely the case that people who are constantly too busy to get anything done because they have so many conference calls are the same people who proudly wore that shirt in high school, “I can’t… I have rehearsal.”  Now, having conference calls “all the time” not only keeps you from getting your work done, but can ultimately put undue pressure on your coworkers. It doesn’t have to be like this, Sherl.

Conference calls are a great way to assign out tasks for important projects and update stakeholders on progress. They are not an excuse to get you out of doing real work.

Joining a Conference Call: The Struggle Is Real

Joining a call is usually the most frustrating part of any phone conferencing experience. The struggle of joining a conference call doesn’t lead to much conference call humor, but the stories about it can.

People are always late and, depending on the conferencing software you use, their arrivals might be accompanied by a loud beep or annoying tone. Sometimes the worst conferencing systems are the ones that make you record your name before letting you join, subjecting everyone already on the call to an interruption that lasts several seconds.

You’ve been there. You’re all waiting for Andy from Marketing to join the call. You give him two minutes, still nothing. The host sends him an email reminding him the conference started five minutes ago, passive aggressively asking, “Is there a time that might work better for you?” Another five minutes pass, he’s still nowhere to be found. So, you make the decision to move ahead without Andy. Someone can catch him up afterwards – they always do. You launch into your precisely researched and well-rehearsed explanation of this quarter’s earning’s bump when, “BEEEEEEP! (garble, garble, buzz, buzz) I’m Andy from Marketing. Wait, is this thing even working…” interrupts you mid-sentence. There’s Andy, every time, without fail.

Imagine if that’s how meetings in real life worked? Comedians Tripp and Tyler did just that and the results are hilarious: